Soooooo.....there is escalated violence in one of my top three choices 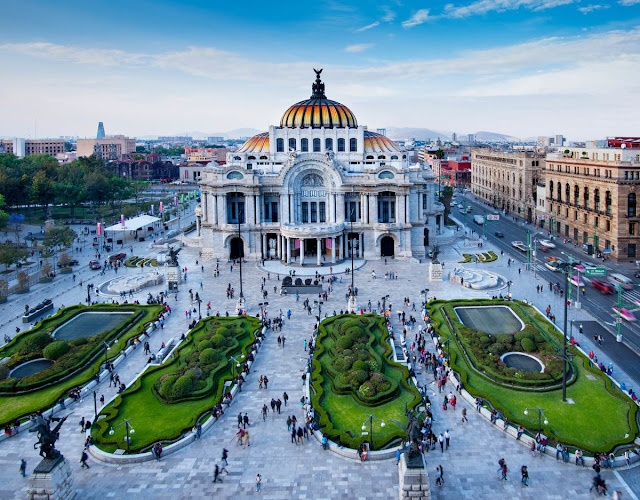 There has been increased violence in Mexico recently.

This article breaks down the real reasons for the recent escalated violence.

Mexico’s vacation paradise of Cancun and the surrounding areas have recently found themselves in the news for the wrong reasons: a spike in cartel violence has victimized tourists and provoked a Mexican military deployment. The causes of this violence stem from multiple factors, the most complex of which is the weakening of Mexico’s entrenched organized crime syndicates and the near-meteoric rise of the Jalisco New Generation Cartel. Regrettably, the addition of military force to the region is unlikely to solve the root causes of the violence and may actually make the situation more dangerous.

Once seen as an oasis of peace in a nation torn apart by cartel wars, the Mexican state of Quintana Roo has lost its reputation as a safe vacation spot following recent high-profile acts of violence. In early November 2021, a shootout between rival gangs resulted in the killing of two gangsters on a Cancun tourist beach. Two weeks prior, an American social media influencer and a German tourist were killed in the crossfire of a gang battle in Tulum. In July, a visiting Texas firefighter was kidnapped and murdered at a Cancun resort. In May, a U.S. tourist was wounded in a gang shooting that killed two men in Cancun. According to Mexico’s public security service, between January and September 2021, the murder rate rose 80.5% from the same period the previous year.

In response to the violence, the Mexican government announced that the National Guard will deploy nearly 1,500 soldiers to protect the tourist areas of Quintana Roo as part of the newly formed Tourist Security Battalion. President Andrés Manuel López Obrador asserted that the region’s recent violence “cannot be repeated,” while stating that the new battalion’s presence would be permanent, and its role would focus on intelligence work.

The violence in Quintana Roo caused worldwide alarm. It is specifically noted on the travel advisory websites of the U.S., U.K., Australian, and New Zealand governments, while the German government recommended that its citizens visiting the area not leave the hotel zone.

Traditionally, Cancun and the surrounding areas – known as the Riviera Maya – have been seen as somewhat insulated from the violence that has wracked much of Mexico. This is not to say that they have avoided cartel activity altogether; rather, the context of the region persuaded cartels to take a sub rosa approach to their activities. Instead of shootouts and decapitated bodies left in streets, organized crime groups saw the potential in the tourist playgrounds of the Riviera Maya as a vast laundromat for dirty funds, and turned the whole area into a “paradise of evasion.”

The recent spate of violence has vastly changed this dynamic. There are three factors at play that have converged to create a “perfect storm” sinking the region in violence.

The first stems from COVID-19: as the rest of the world shut down, the cities of the Riviera Maya remained open for international vacationers. Accompanying the “plague raves” and music festivals was a rising demand for drugs from desperate partiers.

The second results from Quintana Roo’s strategic position for drug trafficking. Although drug transit through QR has existed for decades, the past several years have seen increased numbers of drug flights landing in the state as a stopover before heading on to the U.S. or Europe. The adoption of QR as a transshipment point is likely attributable to Mexico’s tightening of its southern land borders with Central America.

Finally, the inter-cartel warfare that ravaged many Mexican states has reached Quintana Roo. Once controlled almost exclusively by the Zetas Cartel, that organization’s fracturing resulted in QR becoming up for grabs, with an October 2020 report by the Mexican Ministry of Finance reporting that Zetas remnants competed with elements of the Gulf and Sinaloa Cartels, as well as local organized crime groups. The rapid rise of the Jalisco New Generation Cartel (CJNG) ratcheted up the violence even further as the upstart group made violent inroads into Quintana Roo, and at the present moment appears to have the upper hand in the state.

Exacerbating this third factor is the fact that the criminal syndicates operating in the area are all operating from positions of weakness. The Sinaloa Cartel’s current leader, Ismail “El Mayo” Zambada Garcia, is reportedly in poor health and has gone into hiding, leaving multiple factions vying for control. Analysts from the Mexican and American governments predict that El Mayo’s death or capture would trigger a “full-blown war” for control of the organization. The Gulf Cartel has fractured as a nationwide entity, with the Los Pelones offshoot of the organization a major combatant in QR. Los Pelones has distinguished itself for its predatory violence against tourist businesses. The Zetas, themselves once an offshoot of the Gulf Cartel, have splintered further, with different regional factions operating independently while retaining the Zetas brand. Although the Jalisco New Generation Cartel is still mostly centralized and has not splintered, its status as the up-and-coming organization in Mexico’s underworld means that it is also fighting an uphill battle to root out entrenched opponents.

Tragically, the violence in Quintana Roo is likely to worsen. With the exception of CJNG, all of the criminal actors in QR are independent or quasi-independent organizations. What this means is that there is no central leadership to turn down the violence in Mexico’s tourist areas. Whereas before, the leaders of the major cartels could implicitly agree to tread lightly in the major resort regions, the widespread fracturing means that there is no coordination, only anarchy. In Quintana Roo, the simple rule of violence has replaced any other consideration. The criminal actors appear to care only about their small piece of the pie in QR, and they do not care about the civilians who are caught in the middle.

While an increasingly visible military presence will likely protect tourists and, by extension, the region’s reputation as a tourist paradise, it will do little to solve the underlying causes of the violence. It is likely to merely push the gangland shootouts away from resorts, where innocent Mexican civilians will be caught in the crossfire instead of rich Americans and Europeans. As seen by the vast escalation of violence following President Calderon’s declaration of war against the narcos in 2006, the application of government force is likely only to add another combatant into an already volatile mix. Until the U.S. and Mexico address the true roots of the violence (i.e. demand for drugs and the corruption that allows the cartels to fester), militarized interdiction will only function as a small band-aid in a country that is hemorrhaging profusely.

Posted by Sankofa Wilson at 4:05 PM