Dirty Foreigner! You must be tested for corona! 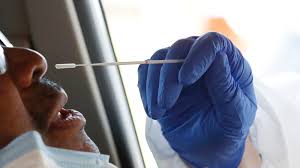 The Korean government mandated that ALL foreign workers get tested for the 'Rona...wait for it...just for being foreigners. Yes, racism in your face, just like Korea's habit of using blackface in their slapstick comedy TV shows.

Many foreign workers contacted their embassies and made lots of noise. So the city of Seoul backtracked and reversed it. They said only foreign workers in high-risk areas had to take the test, which means factory workers who are packed like sardines. But the Geonggi province doubled down. My southern Jeollonamdo Province also ignored the outcries and kept the mandate.

All this to say, today after lunchee, I have to go and take a Rona test even though I feel fine. I have no fever, no cough, no sore throat, no body aches, nada, zero symptons, zilch. But because Koreans like to scapegoat foreigners who do not vote and have no political power, I will have a stick shoved up my nose this afternoon in the name of racism. Oh! I also heard the mayor of the other province will run for the country's highest office next year so this is his way of pacifying his voters. Like when a NYC mayor starts to arrest Black and brown bodies for no reason to show he is tough on crime.

Ah, the sweet taste of racism.

It has the same bitter taste even across the other side of the world.

Posted by Sankofa Wilson at 4:55 PM